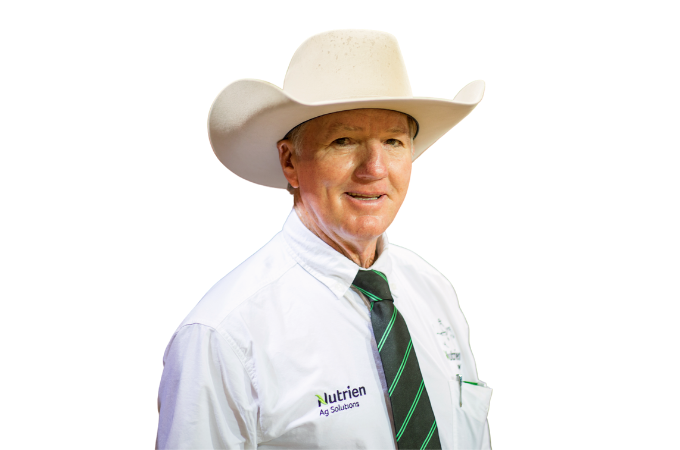 Where Are You Based
Chinchilla, QLD

Years Of Industry Experience
48 years, starting out with Dalgety in December 1973.

Equine Experience
Terry grew up with horses and has been competing in Campdrafts, Challenges and Stock Horse classes since he was a young fella. His competitive career started as early as the 1967 Brisbane Show, where he won the Pony Club Team of 4. Terry is still showing Australian Stock Horses at the Brisbane show to this day. He is also a long-term supporter of the Classic, where he has been our most reliable sales negotiator since 2009. Terry bought the top priced gelding out of the 2009 Classic Sale for $26,000. Fortyniner Dreaming and Terry have been very successful over the years winning several champion titles.

Area Of Expertise
A man of many talents; Auctioneering, Equine Performance, Client liaison, and Rural Property Sales. Terry has also been selling at the Dalby Cattle Sale every Wednesday since 1980.

What Do You Do When You Aren’t Working At Nutrien
Terry spends his time looking after his own properties, running livestock and cropping. He also gets to a few shows when he can.