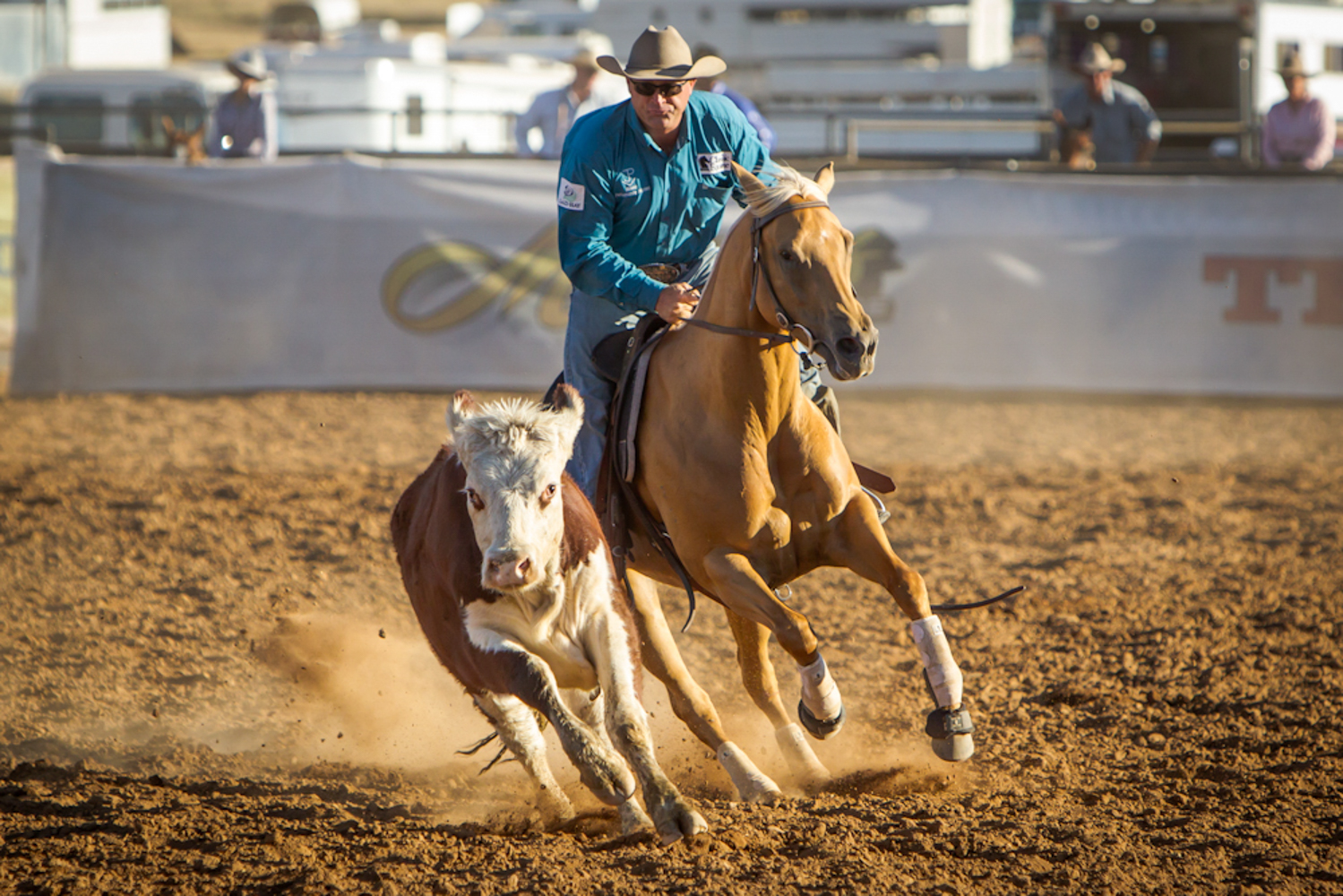 The Peel Valley Machinery Masters Campdraft was again a feature event for all horses purchased from 2013 Classic Sales aged over 5 years. Riding for $20,000 plus ribbons and trophies, the event was judged by Mr Terry Hall.

Ultimately it came down to a runoff between Jabel Shekera Spin and Troy Palmer and McDonalds Millie ridden by Kendall Nelilson. Troy and Shekera Spin prevailed as winners in the runoff, scoring 86 points. The palomino mare by Seligman Spin was purchased by Malcolm and Jane Kennedy and has enjoyed a hugely successful year competing, topped off by the big win in the Masters.