Pedigree Updates! Kilmore turns up the heat and more.. 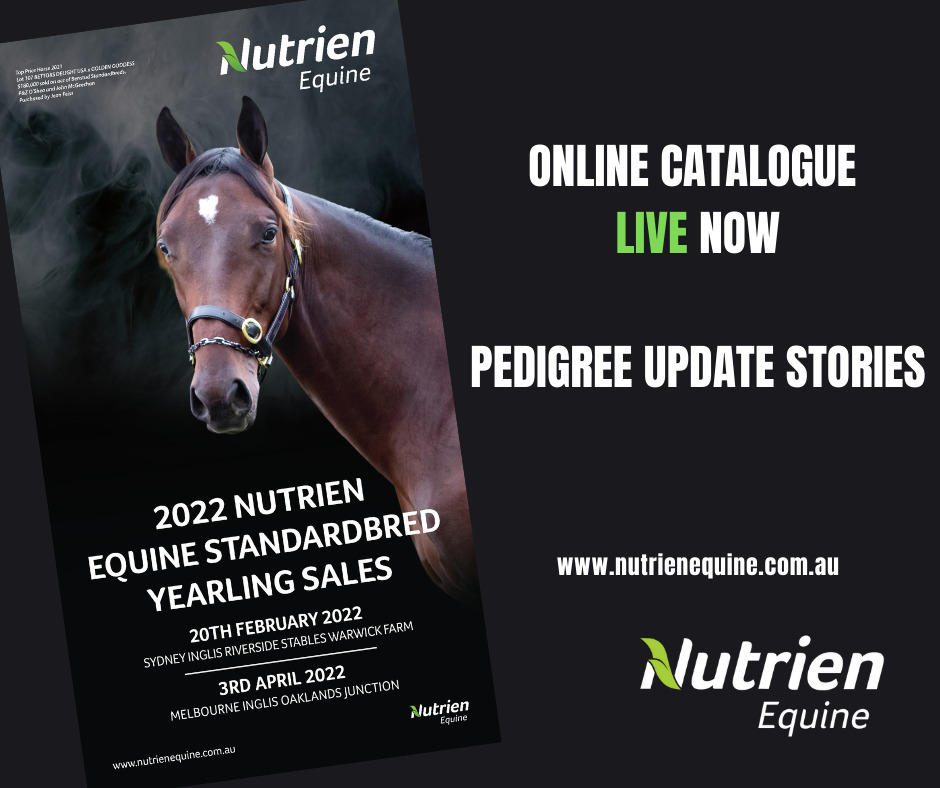 Lot 12 in the 2022 Sydney Nutrien Yearling Sale continued a red-hot week when the 2020 Australian 2yo Pacing Filly of the Year Ladies In Red took out the fourth fillies heat of the 3yo Vicbred Super Series from Platinum Sparkle and Runaway Celebrity.

Part of the all-conquering Emma Stewart team, Ladies In Red brought up her 16th win and took her earnings to $494,500.

Lot 12 is by American Ideal and the highlights in the pedigree box at the top of the page show some interesting crosses.

You can check the impressive updated pedigree out on-line on the Nutrien Standardbred website.

The third of the colts heats of the 3yo Vicbred Super Series at Kilmore yesterday was taken out by the topically named Somebeachsomewhere colt Bondi Lockdown beating Ultimate Vinnie and La Captain.

Trained and driven by Aaron Dunn, Bondi Lockdown has now won ten races and has earnings of $155,020.

His unraced dam Without Guile is a half-sister to the Bettors Delight winning mare Anna’s Innocent – the dam of Lot 35A which has been consigned by Tim Neven in the Sydney Nutrien Yearling Sale.

Like Bondi Lockdown, Lot 35A is a son of Somebeachsomewhere and this particular cross has been super successful in the Southern Hemisphere with no less than 55 winners to date including 13 individual $100,000 earners headed by Our Waikiki Beach p,1:50.4 $1,052,896.

The grand-dam of Lot 35A is Innocent Eyes p,1:57.6 $421,875 which was voted Australian 3yo Filly of the Year and later Australian Aged Pacing Mare of the Year.

Tayla French is offering Lot 23 in the 2022 Sydney Nutrien Yearling Sale and she received a boost on Wednesday with not one but two winners updated in the pedigree.

Lot 23 is a Fear The Dragon colt from the Bettors Delight mare Tracey’s Delight and this lot is a half-brother to two winners.

One of those winners in Sweet Annie won her second race at Wyndham in New Zealand yesterday and lowered her best time when she rated 1:59.3 for the 2400 metres. She zipped home the last half in 57.6 and last quarter in 27.2 winning by more than two lengths.

Five hours later the Bettors Delight filly Fairiesdelight won the opening event at the Redcliffe meeting. It was her 11th win and lifted her earnings to $58,395.

Fairiesdelight is a grand-daughter of Tact Pearl which is a half-sister to Tracey’s Delight.

That is his first Northern Hemisphere crop and his first crop in this part of the world will commence racing as 2yos in 2022.

All pedigrees for this week have been updated online.