Sweet legacy for Vincent Colt in the sale for Joanne Andersen 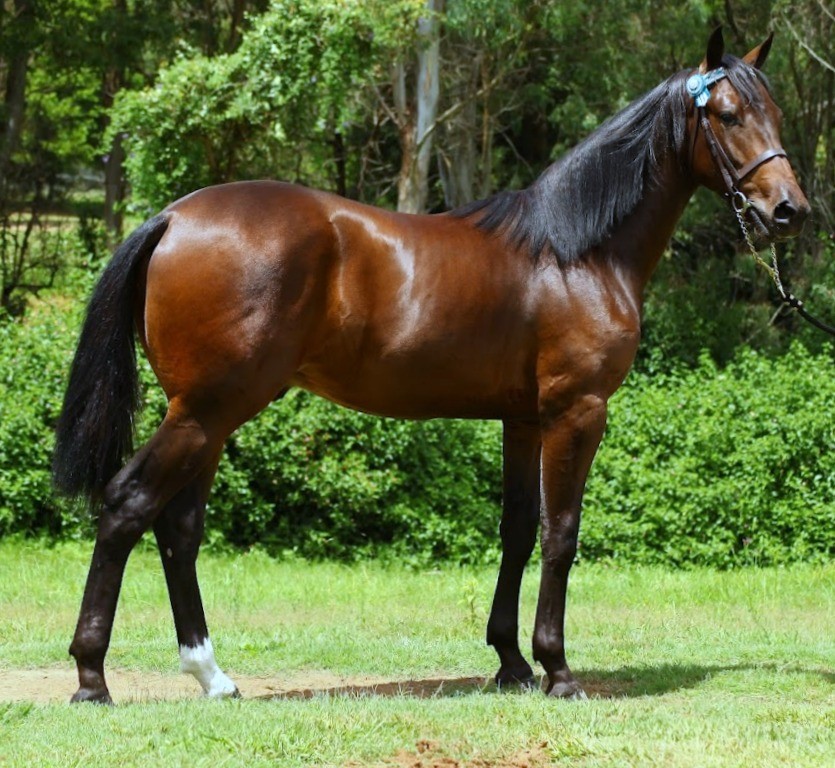 Joanne Andersen knows as well as anyone the highs and lows of the standardbred breeding games.

The Hawkesbury horsewoman has experienced each end of the scale over the decade she has been taking yearlings to the sales.

Three years ago she had a sales topper with a Captaintreacherous-Sweet As Reign colt being knocked down to Emilio and Mary Rosati for $130,000 in Sydney.

It was a stunning outcome. At that point in time Sweet As Reign had produced four winners.

Sadly for Andersen and husband Brett and partners Darren and Tina Stevens, the Captaintreacherous colt would be the last foal Sweet As Reign would leave.

The mare and an unborn Sweet Lou foal died in 2020.

While Sweet As Reign is gone, there is a close connection to the two lots the Andersens and Stevens have going under the hammer at the Nutrien Equine Standardbred Yearling Sale in Sydney on Sunday, February 20.

Lot 72 is a Vincent colt out of Courage Under Fire mare Itz Reigning Men – a daughter and the only living mare out of Sweet As Reign.

This is the first foal out of Itz Reigning Men, which had to be retired prematurely from racing after just eight starts as a result of a trial fall.

“It’s been a great family and we’re excited with this first foal of Itz Reigning Men,” she said.
Retaining Itz Reigning Men as part of their select group of broodmares is part of a strategy that also sees them selling foals to help finance the operation and as required bringing in new acquisitions to refresh or maintain their broodmare line-up.

It was the latter that provides the story behind lot 68 – a colt from the first crop of Lazarus and out of Rock N Roll Heaven mare Heavenly Bread.

When Sweet as Reign was lost, Andersen went on the lookout for a replacement.

“It was pretty tragic for us. We needed to replace her.”

While she had had two foals, both had raced had moderately performed, but for Andersen the opportunity was too good not to take up, being from such a terrific family.

Heavenly Bread was unraced after breaking a hock as a yearling.

Andersen has high hopes for the colt at the sale.

Andersen is confident the colt will attract his share of interest given he is so closely related to Our Golden Goddess, after her first foal (by Bettors Delight) brought $180,000 at the Nutrien Equine Standardbred Yearling Sale in Melbourne last year and also that the first Australian crop of Lazarus totaled only 40.

He is one of only five Lazarus foals being offered the Nutrien Equine Standardbred Yearling Sales in Sydney and Melbourne.

It had been on her recommendation that the colt goes through the ring in Sydney rather than Melbourne on April 11.

Andersen said he was Qbred and there were many New South Wales trainers who liked to campaign horses in Queensland.

The colt is one of nine foals from the last crop of the ill-fated Hurrikane Kingcole, which has had 60 individual winners from 81 starters.

Andersen said he was a big loss to the breeding industry, which had been in need of more of the Cam Fella bloodline, with Hurrikane Kingcole being by Cam’s Card Shark, a son of Cam Fella.

She said the colt has progressed quickly in the few weeks he had been with her.

“He’s a nice long colt with plenty of scope. He’s willing to learn.”

Andersen did not take any yearlings to the sales last year, so the Harness Breeders NSW life member is looking forward to linking up with Nutrien Equine for the first time.

Over her time with standardbreds she’s been able to learn from the likes of Dennis Wilson, Lou Cini and Alabar Farms, and in turn, set up services such as Bred In The Blue – providing standardbred racehorse breeding consultative and promotion – and Harness Trading Ring Australia.

Nutrien Equine begins yet another chapter in her life with horses which began as a youngster some four decades ago.