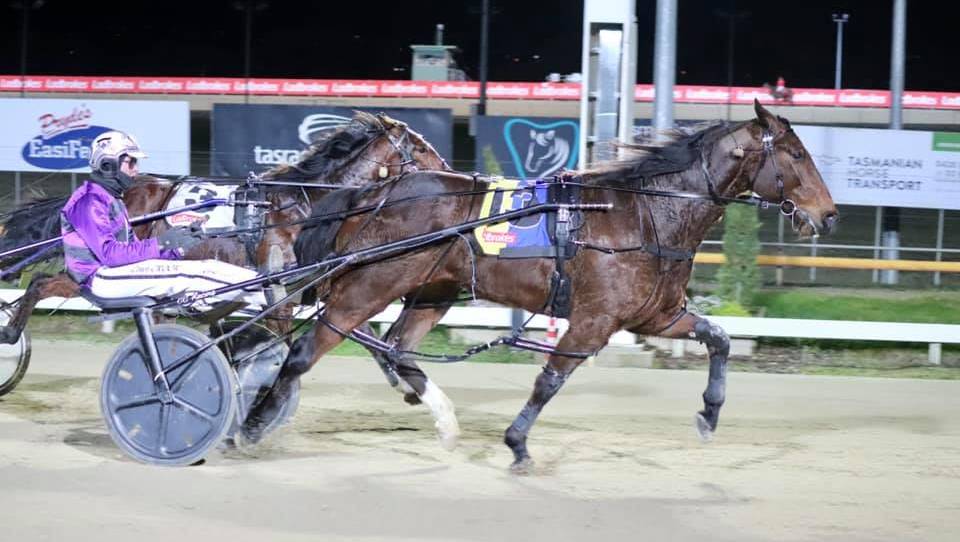 Lot 8 in the 2022 Sydney Nutrien Yearling Sale is a Sweet Lou half-brother to Be Major Threat on account of Galthorn Farm.

Be Major Threat  took his earnings to $161,668 with his win on Sunday night which is a fair tally but still short of his illustrious younger full-brother Malcolms Rhythm who has banked $344,300 for his connections.

Malcolms Rhythm was a finalist in the 2021 Inter Dominion at Menangle.

Mighty Ronaldo won the Group One West Australian Golden Slipper Stakes as a 2yo and earlier this year won the 2021 WA Derby.

This is also the maternal family of the champion West Australian pacer Chicago Bull p,1:51.6 $2,331,683 who resumed from a spell on Friday night with an impressive fifth at Gloucester Park.

Lot 8 is being prepared by the vendor Galthorn Farm and inspection of this colt can be arranged by contacting Galthorn Farm on 0417 221 959.