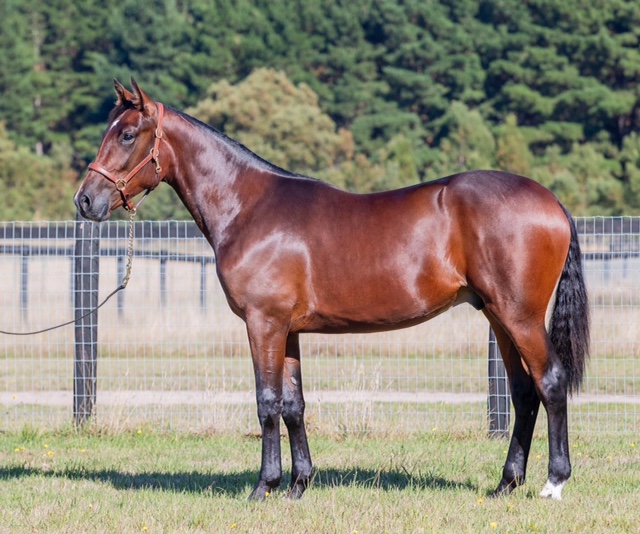 A breeding partnership formed seven years ago by Grenville husband-and-wife team Chris and Haley Lang achieved its first Group 1 win when the three-year-old Hes A Hammer gunned down his rivals in the $50,000 Aldebaran Park Vicbred Platinum Home Grown Classic Final at Melton on Saturday night.

The couple bred the colt by Andover Hall out of the former 2YO and 3YO Filly Trotter of the Year Shes An Image and sold him as a yearling for $55,000 to owner Domenic Martello.

The David Aiken trained colt has now earned $39,870 from three wins and two placings in only nine starts.

The Lang’s are currently breeding from seven trotting broodmares. They have entered three colts in the Nutrien Equine Melbourne sale on April 3 including a Father Patrick half-brother to Hes A Hammer (Lot 237).