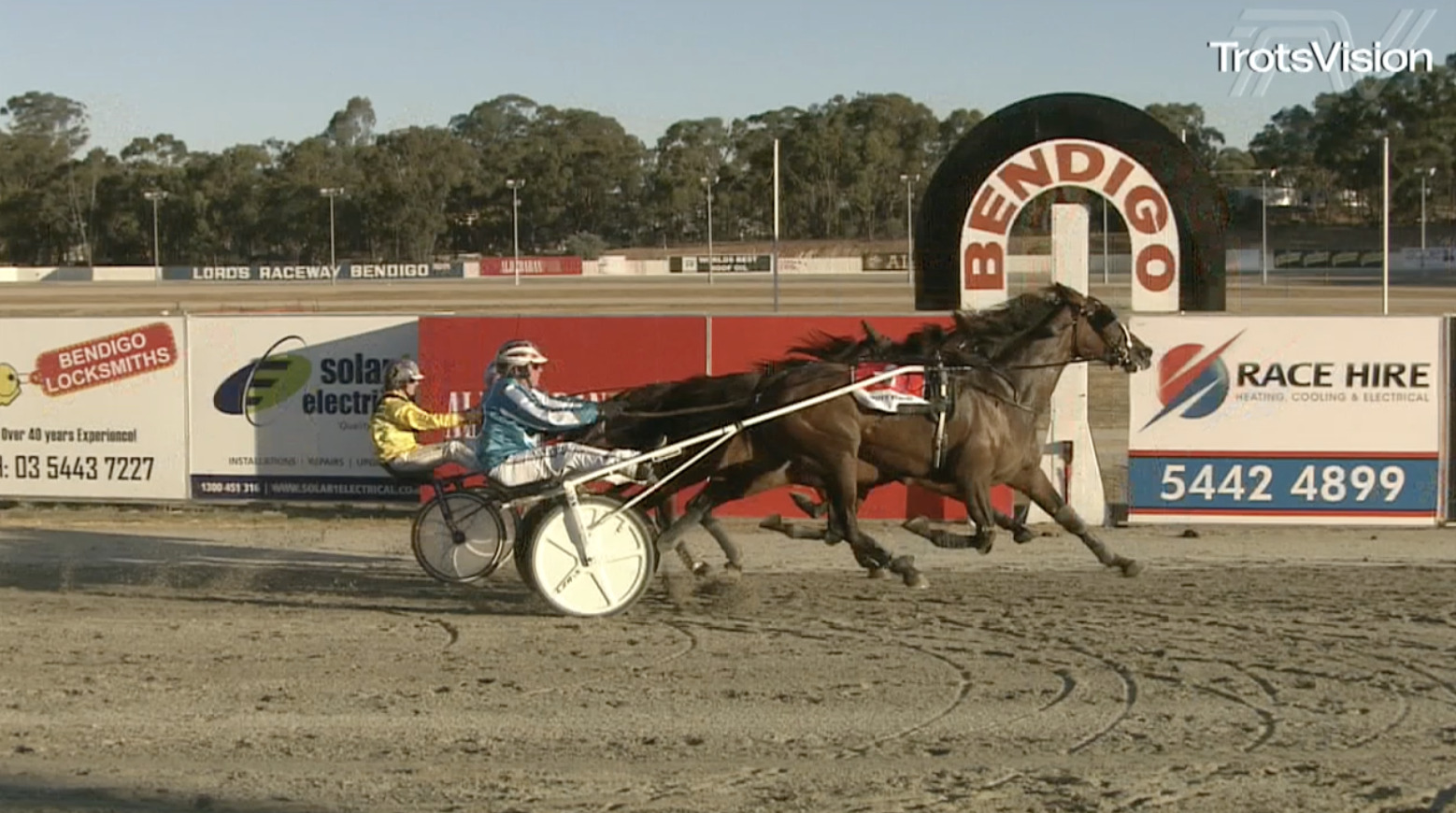 When the 5yo trotting mare Naked Ambition won at Saturday night’s Bendigo Cup meeting she rated a slick 1:56.7 for the 1650 metres and gave Aldebarn Lodge a double reason to celebrate.

Aldebaran Lodge have Lot 115 in the 2022 Nutrien Victorian Yearling Sale and this colt is named Aldebaran Ada. He is the second foal from the well-performed Zhenya tr,3,2:02.0 $108,499 which won 13 races before becoming a broodmare.

A full-sister to War Dan Destroyer, and therefore a half-sister to Naked Ambition and Zhenya, is Naked Majesty tr,1:59.7 $56,051 whose second foal will be offered as Lot 205 in the Melbourne Sale.

Naked Majesty won nine races including a heat of the 2yo Australasian Breeders Crown and she finished fourth in the final that year.

Both colts are being prepared for the Victorian Sale by Melinda and Danny Thackeray from Aldebaran Park and they would love to arrange pre-sale inspection if you call them on 0458 477 486.