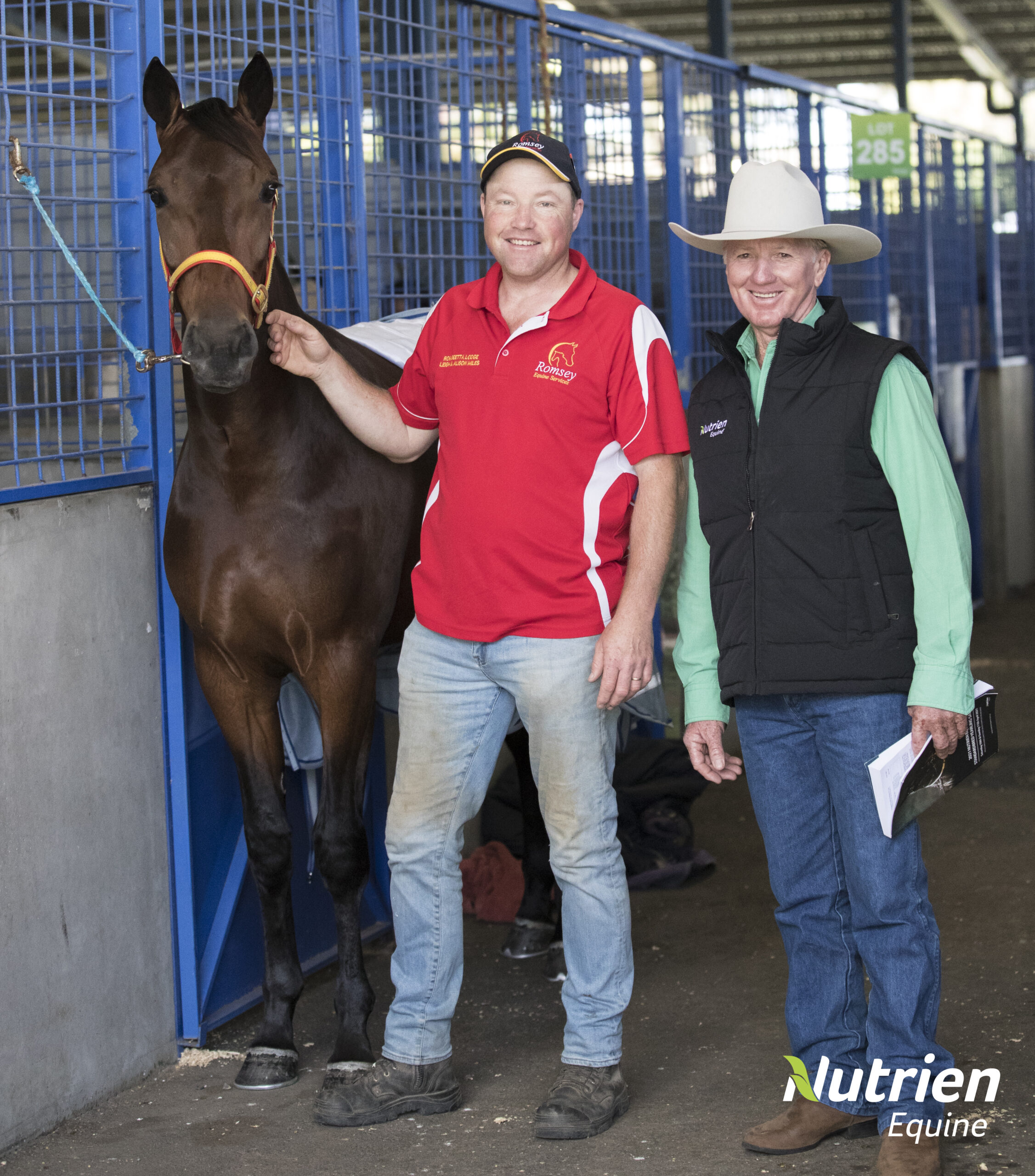 MILES BACK AS VENDORS

They secured $115,000 for a Captaintreacherous-You Ask Ally filly at the inaugural Nutrien Equine Standardbred Yearling Sale at Oaklands Junction in Melbourne.

Leigh Miles described attracting such a significant sum for the first yearling they had ever put through the sale ring as “unbelievable”. *pictured

“Everything just fell into place.”

The Miles are going back to this year’s Nutrien Equine yearling sale in Melbourne on Sunday, April 3, with a Sweet Lou-You Ask Ally filly (LOT 114).

While they would naturally like the bidding to reach the same heights as 2021, Leigh Miles is doing his best to keep a lid on any hype.

He said he was trying not to think about it too much.

“Maybe it was a once in a lifetime experience (last year). Hopefully not.

Miles said the Sweet Lou filly was bigger in stature, with a longer barrel, than the Captaintreacherous filly.

It is not difficult to see why any progeny of You Ask Ally is potentially hot property, both as a racing and breeding proposition.

You Ask Ally is a Tasmanian-bred daughter of Sportswriter and Fake Left mare Amarillen – one of Australia’s best producing broodmares over the past two decades.

Miles said they acquired You Ask Ally as a weanling after an association with her breeder, the late Rick Hinds.

He said he had prepared Miss Graceland and Nostra Beach for Hinds for the sales.

Mile said unfortunately You Ask Ally had not stood up to a racing preparation and had gone to stud without racing.

This is her third foal. She has a weanling colt by American Ideal and is again in foal to Captaintreacherous.

The Miles have a broad experience in the equine industry and operation Romsey Equine Services, which provides veterinary and breeding services across all breeds, as well as preparing foals for sales. Leigh is also a former trainer.

We wish them all the best in the final tonight, with photo and video of Lot 114 going up on our website tomorrow.