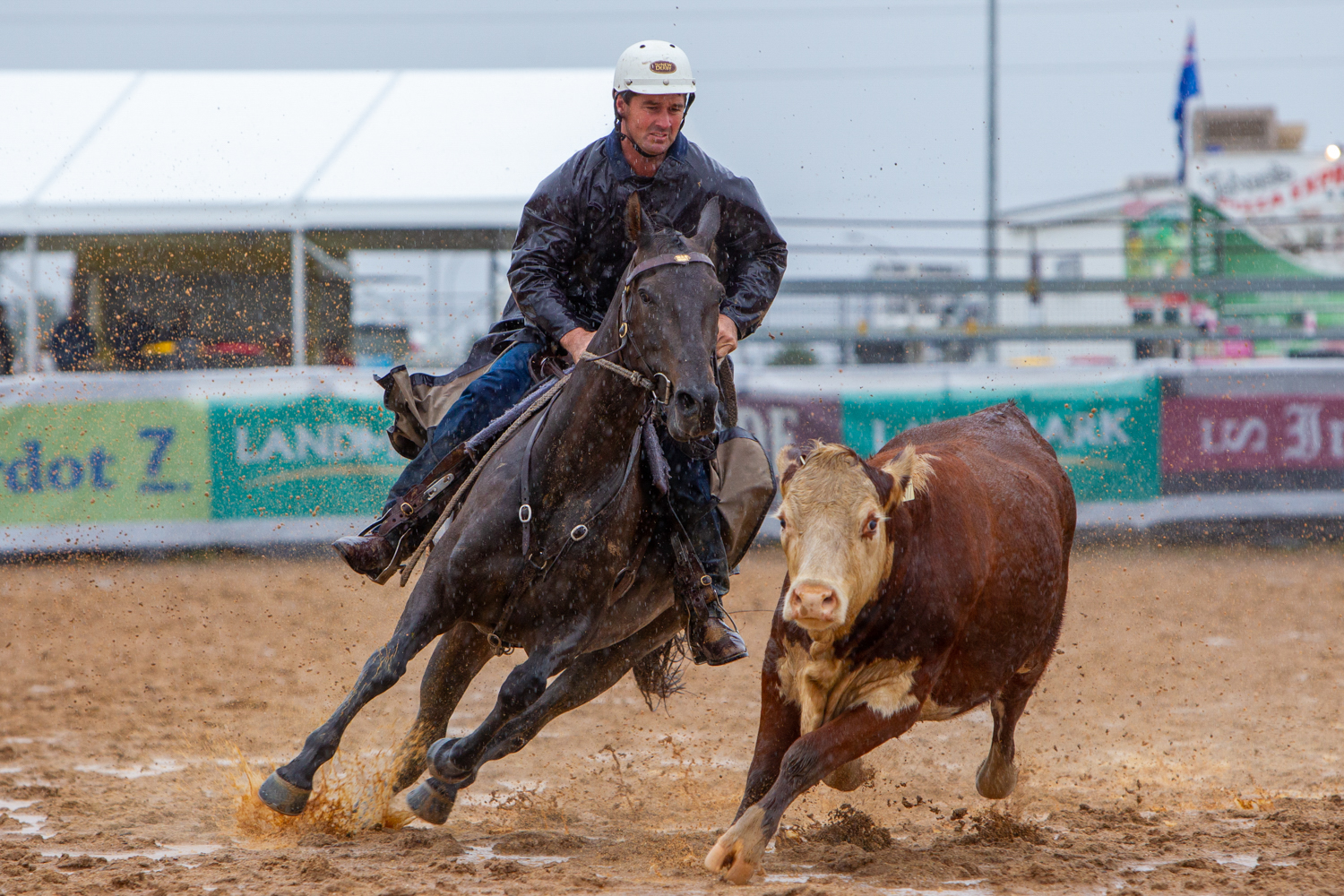 29 competitors qualified to make the final of the 2012 Landmark Classic Campdraft it was standing room only beside the camp yard and the rain actually stopped for this final feature $70,000 event to be held. For a while it looked as if Evan & Kim Acton were going to take out the double crown as Troy Clarke rode their other mare “Soda Cristal” to hold top position for quite a while during the final, but it was Michael Hiscock riding “Luckenough Horizon,” for the Maffra Syndicate who took all the glory. “Horizon” is sired by Pechey Stud Tradition from Luckenough Joanne.
Mr. Peter Cookson from Dirranbandi QLD claimed the $5,000 vendor bonus as he was the vendor of the winning horse. He sold this mare at the Landmark Classic Sale in 2009.

A special thank you must be extended to Angus Barrett Saddlery for his continued support of the Classic Concept, all Classic finalists received specially made spur straps and Angus also supplied $500.00 to the winners of the cut outs in the Classic, Masters and Open Campdrafts.
All major event winners also received a pallet of feed sponsored by Omega Feeds.

The $5,000 gelding incentive was awarded to Bryony Puddicombe’s young gelding “Yulgilbar With Roys Style” ridden to overall 5th place in the 2012 Landmark Classic by campdraft icon Pete Comiskey. This gelding was sired by Peptos Stylish Oak (Imp) from Yulgilbar Our Miss Roy.

Deborah Thorn was all smiles as she rode “Commanche Hikki,” a Commanche Shorty daughter to win the $1,000 Highest Scoring Lady Rider Award sponsored by Sue Jones & The Australian Campdraft Magazine. Many thanks to Sue for all her support.